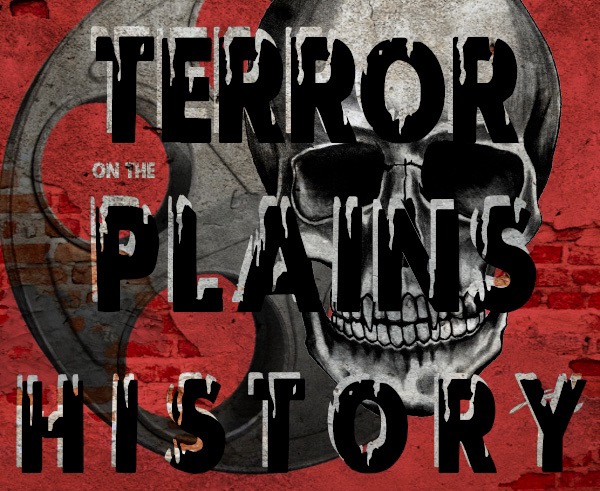 The TERROR ON THE PLAINS HORROR FILM FESTIVAL was established in 2012 to showcase short horror films by Kansas City filmmakers. We started at the Mission Theatre on Johnson Drive in Mission, KS. Our first year, we screened about an hour of short films from local filmmakers and Sam Raimi’s ARMY OF DARKNESS (1992).

The following year we moved to the Alamo Drafthouse in downtown Kansas City, MO. where we went back to back years. Since then we’ve been a part of KIFF (Kansas International Film Festival) and we spent a couple of years as the showcase for the Independent Filmmakers Coalition of Kansas City.

In 2017, we moved to our new location, the Boulevard Drive-In and began accepting films internationally. This was also the first year TERROR ON THE PLAINS ran as a competition. We gave out one award that year, Best Horror Film, to THE ARMOIRE.

During our seventh season in 2018, we expanded our awards ceremony to included Best International Film, Best Young Filmmaker (20 and Under) and Best Local Filmmaker (KS.-MO.) and dedicated the award to six-time Terror Fest filmmaker, David Berry.

TERROR ON THE PLAINS SET LISTS AND FILMMAKERS